Thank you for your patience while we retrieve your images.

Christopher Shorter is one of the four Assistant City Managers hired by the City Manager. He is responsible for health, environmental, culture and life-long learning. Shorter has served in the public service role for over 12 years in Washington DC and New York. Throughout his years of working in a public sector, he has felt a need to develop talent and helping his managers consistently stay up to date in what is happening in each of their respective fields. Shorter also believes in professional development and helping his managers earn certifications.

Kenneth Williams has been in local government for over 31 years. His entire career has been in east and central Texas. Williams states, “It is almost mandated that I develop people.” Williams also believes in the need to have a good succession plan. He believes in giving everyone an opportunity to excel in his organization. Williams stated, “Most people can do the job and have the education but I look for integrity, best fit, and ethical people.” He recently hired a black female and a white male according to Williams.

The next GABC Masterclass Series, on Leaders in Technology, will be held in February 2020. 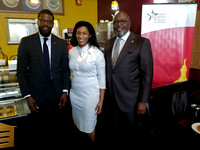 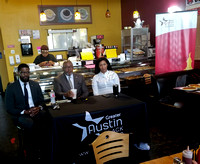 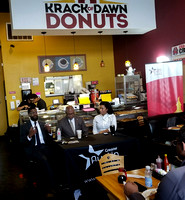