Glady Knight took the “Midnight Train” to Texas in February.
Gladys Knight looks and sounds great at 77. I read that Knight stated the “secret to looking so good at 77 is being with the love of her life.”
Knight started her legendary performance with a song from the movie “Claudine.”
Knight was constantly smiling and performed her selections flawlessly during the entire concert. If you have not attended a Glady Knight concert, I would highly recommend buying a ticket during her current tour.
Her current tour started in Jacksonville, FL, on February 3 and will conclude on May 17 in Cabo San Lucas, Mexico, at the Hardrock Hotel. The show includes favorites spanning her six-decade career, like “Love Overboard,” “Every Beat of My Heart,” songs from the Claudine soundtrack, and the last song of the concert, “Midnight Train to Georgia.”
Gladys Knight appears in the documentary by Ahmir “Questlove” Thompson, “Summer of Soul,” which was released July 2, 2021. “Summer of Soul” (…Or, When the Revolution Could Not Be Televised).” is about the incredible 1969 Harlem Cultural Festival held in Mount Morris Park over six weeks. Performers included The Staple Singers, Stevie Wonder, Nina Simone, The 5th Dimension, Sly and the Family Stone, Mahalia Jackson, and Gladys Knight & The Pips, among several others.

There are several clips of present-day Knight talking about the experience of the Harlem Cultural Festival. “When I stepped on stage, I was totally taken aback because I didn’t expect a crowd like that,” she says in the film. Knight also talks about how she and several other Motown artists like Martha and the Vandellas and The Temptations all lived in the same neighborhood back then.
Knight says she knew something very important was happening in Harlem that day, and it wasn’t just about the music. “We wanted progress, and we’re Black people, and we should be proud of this.”
The film is phenomenal, and I am looking forward to an Oscar win on March 27 for best documentary feature.
Ms. Gladys Knight, I hope to meet you one day! 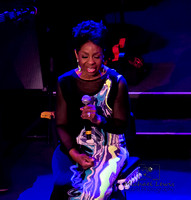 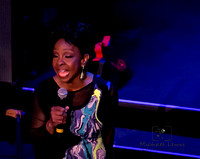 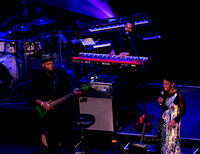